Following an earlier interview on breeze FM with the AAUA SEC President , the president brief the union’s move since the beginning of its struggle and said they had no meeting with the representative of the state government.

The state government had required them to bring their proposal through the deputy governor. Reacting to the notice released by the School Management, the President said they caught the union unaware as they saw the resumption date on their way to the state house on Thursday.

“The Management has a way of doing their things. Though the union along in the note from the management”

He further said that the union didn’t ask students not to resume, hence all students had to decide for themselves.

More so, the union president also said that the matter has gone beyond what the Union leaders can decide and deliberate on. On that note, there is a need to call for a Congress as quoted out by section 61, paragraph A-E of the Constitution of the Student Union Government.

The congress will deliberate on the matter arising. He said:

Meanwhile, the President further call on all students, media men, security agencies and other stakeholders to please attend the Congress slated for Monday, 10th of June 2019 at the school Old Recreation Center. 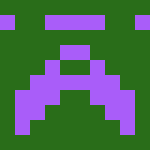 Promise Adagba oluwarotimi is a CAMPUS journalist who loves to write, He is a graduate from Rufus Giwa polytechnic and is currently studying Mass Communication at Adekunle Ajasin University Akungba Akoko Ondo State.